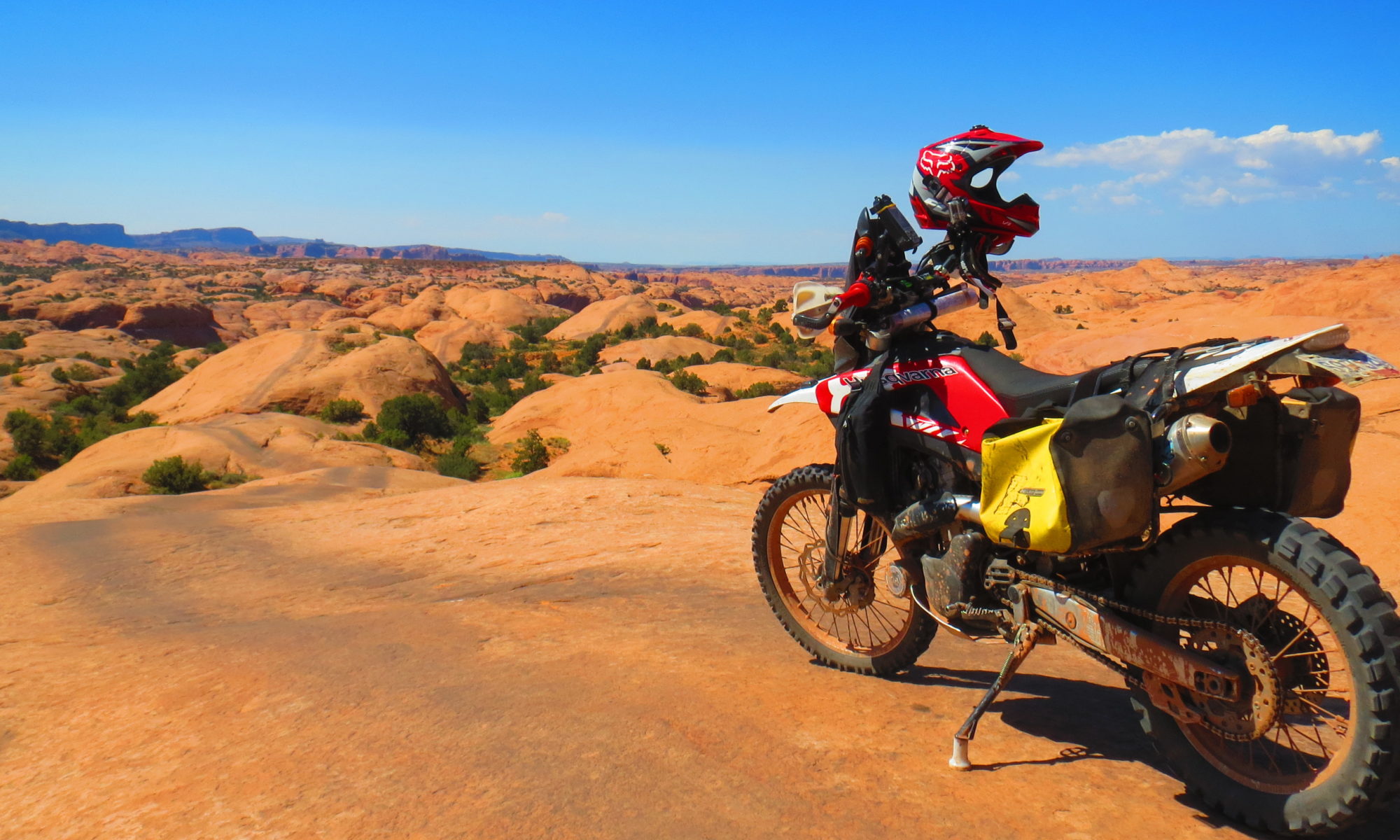 Ever heard of “Hell’s Revenge”?

Maybe you can help me then, because I’m confused. If you happen to actually be hell, yourself — just humour me here, for argument’s sake — then you’ve already cornered the market on revenge, haven’t you? You kind of are revenge. After all, the story goes that God created you — hell — as a sort of revenge on Satan.

So then… why, or on whom, would you want to be revenged?

And to make matters even more confusing, Hell’s Revenge actually has nothing to do with this post: it’s just a jeep track that criss-crosses the famous Slick Rock Trail in Moab, Utah.

Which does, in fact, have something to do with this post.

Moab is kind of like Eden to off-road zealots, mountain bikers, motorcyclists, the 4×4 crowd…so it kind of makes sense that the name actually has a bunch of biblical connections, too.

What I’m sayin’, in a round-about kind of way, is that riding the slick rock is a pilgrimage, a paradise, a temptation and a trial in the desert — it’s the whole religious experience!

Minus, you know, actual divinity and sin and redemption and such.

I have for you only one commandment: go ride the rock. And you will be saved, brothers and sisters!

This video is my testimony: a numinous day riding my Husqvarna TE610 around the 17-kilometre Slick Rock trail.