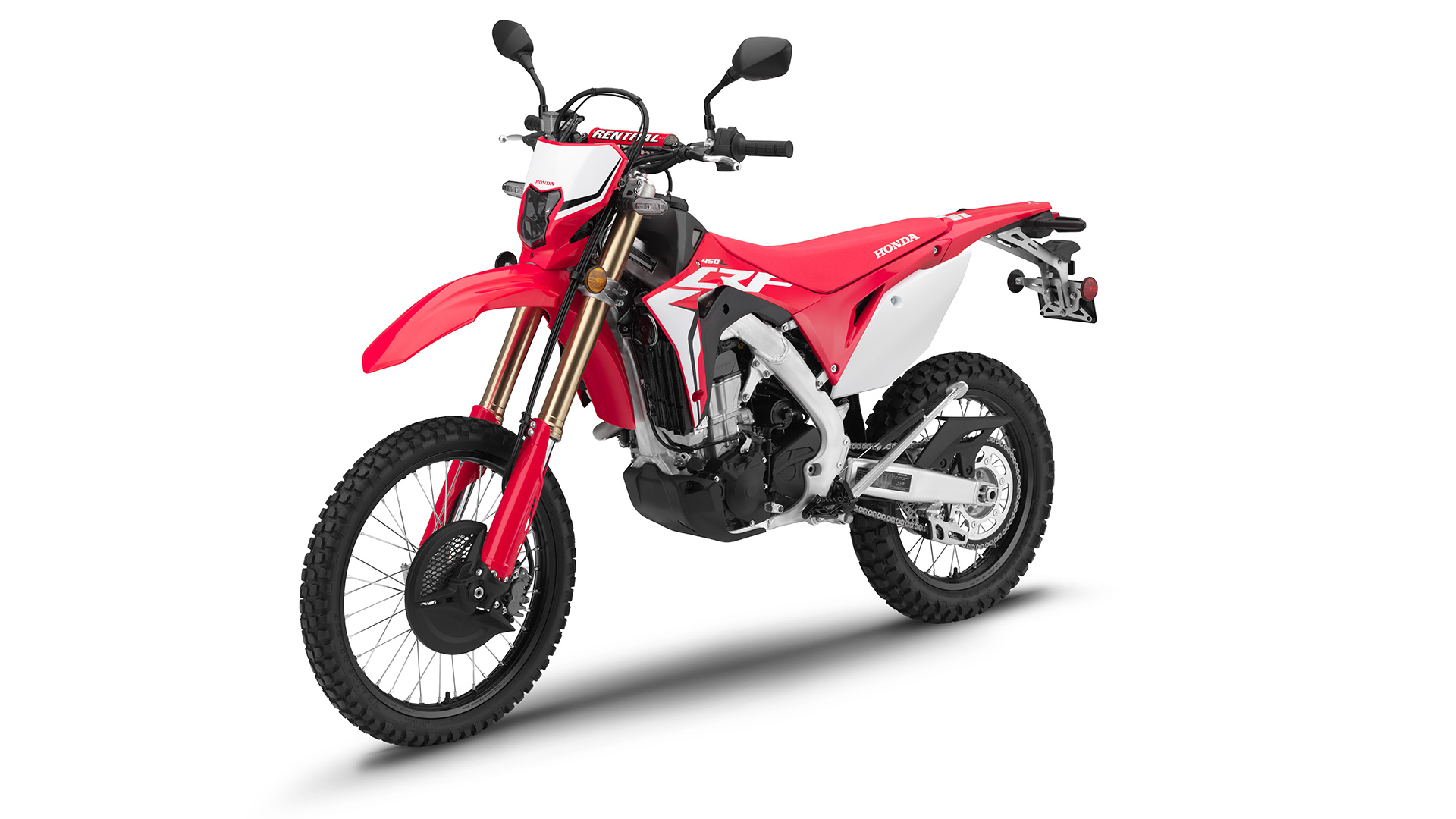 …and Honda has them flying in formation, too: they’ve finally made a real dual purpose motorcycle!

It’s light, it’s powerful, and it’s built from the parts bin for the CRF450R motocross racer. Throw in a six-speed transmission, address the vibration issues, build it with the Honda reputation for reliability…make it street legal….

It’s the real deal — on paper, at least, which is the only place normal humans will see it until models hit the showroom this autumn.

I’ve been waiting a long time for the new pigs

When Honda killed off the Big Red Pig (the XR650R), last seen in the wilds in 2007, all that was left for frustrated adventure and dual-sport riders was the Jurassic-era XR650L.

The big-H engineers eventually picked up on the angry drumming from the jungle ’round about 2013, and gave us the CRF250L — a 146 kg (322 pound) machine generating a ground-pounding 23 horsepower. (Sorry: I can’t find the “irony” emoji, so you’re going to have to trust me when I say the jungle was underwhelmed….)

A new pig started prowling the forests in 2016; it added about 70 horsepower, so there were no snide comments about the new Africa Twin’s power. I rode it, and it’s fun.

How about enough power to make serious miles — and enough anti-gravity to ride some serious terrain?

That’s what we’ve all been asking, isn’t it?

The big adventure bikes handle the big miles, and the KTMs and BMWs are notable for handling the big terrain, too. But even the Japanese bikes have been on the butter-cream diet, and all these adventure tankers seem to get more bloated every year.

The Yamaha WR250R, at 134 kg (295 pounds), has become the go-to bike for many disaffected dual sport riders looking for something more svelte. However, the price of entry for this one is repeated ear-piercing redline runs every time you hit the pavement.

The Husqvarna 701 Enduro claims a dry weight about 30 pounds more than the Honda’s wet weight — though it does offer a bunch more punch.

Then there’s the rumoured Yamaha Tenere 700 and KTM’s new 790. Neither has landed yet, so I can’t tell you if those particular pigs are going to fly or not….

I’m just going for a quick ride. And then I need to change my oil. And filter. And clean my air filter. And…

At the lighter end of the adventure spectrum lie some sweet, slim rides. I’ve had a high-strung Husqvarna (TE 510), lusted after the KTM EXCs, eyed the Husabergs and the Betas.

But maintenance intervals are a deal-breaker when your itinerary includes multi-day rides with no access to WalMart’s automotive aisle.

The Suzuki DR650 and DRZ400 and the Kawasaki KLR650 have a deservedly loyal following — but even loyalty can be tested by designs that remain the same decade after decade.

There’s not much missing with Honda’s new offering. It promises the light weight performance of the exotics, the reliability of Mr. Honda and the throttle roll-on gut punch of the motocross CRF450R. 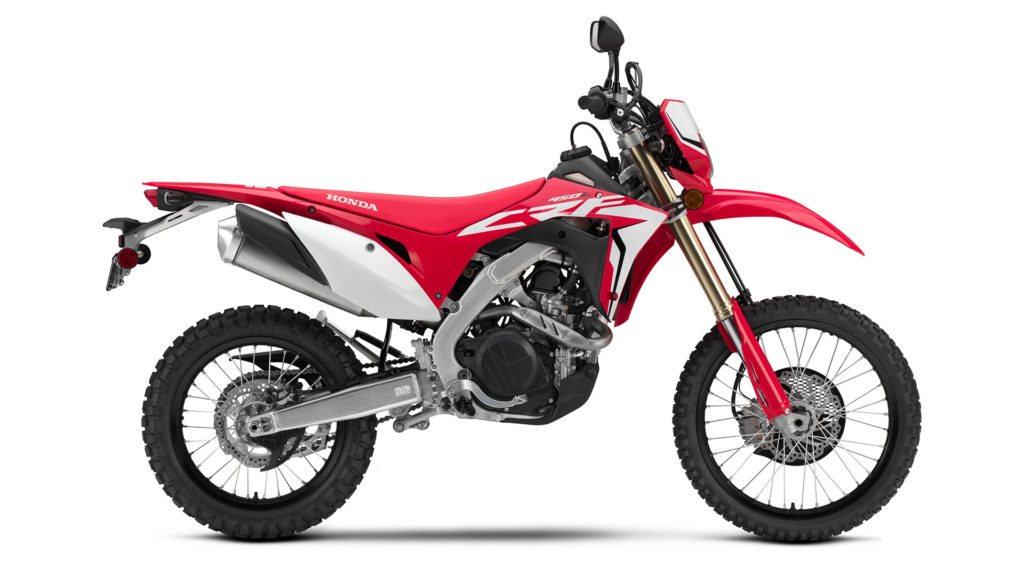 Obviously, range will be an issue, and the nifty asymmetrical titanium tank and fuel injection aren’t going to make it any easier or cheaper for aftermarket manufacturers to create a bigger version of the tank. A fuel bladder, bottles or RotopaX may be in your future. Then again, I think the aftermarket is going to be all over this bike; it has that kind of potential.

Wind protection can be easily added, as can soft luggage options offered by brands like Giant Loop, Wolfman, Mosko Moto and others. Racks are sure to hit the market before long.

The only other thought I have is to add an oil cooler to increase the 1.8 litre oil capacity and further reduce service intervals.

And then you can fly in formation with the legions of other adventure riders on the bike we’ve all been waiting for!