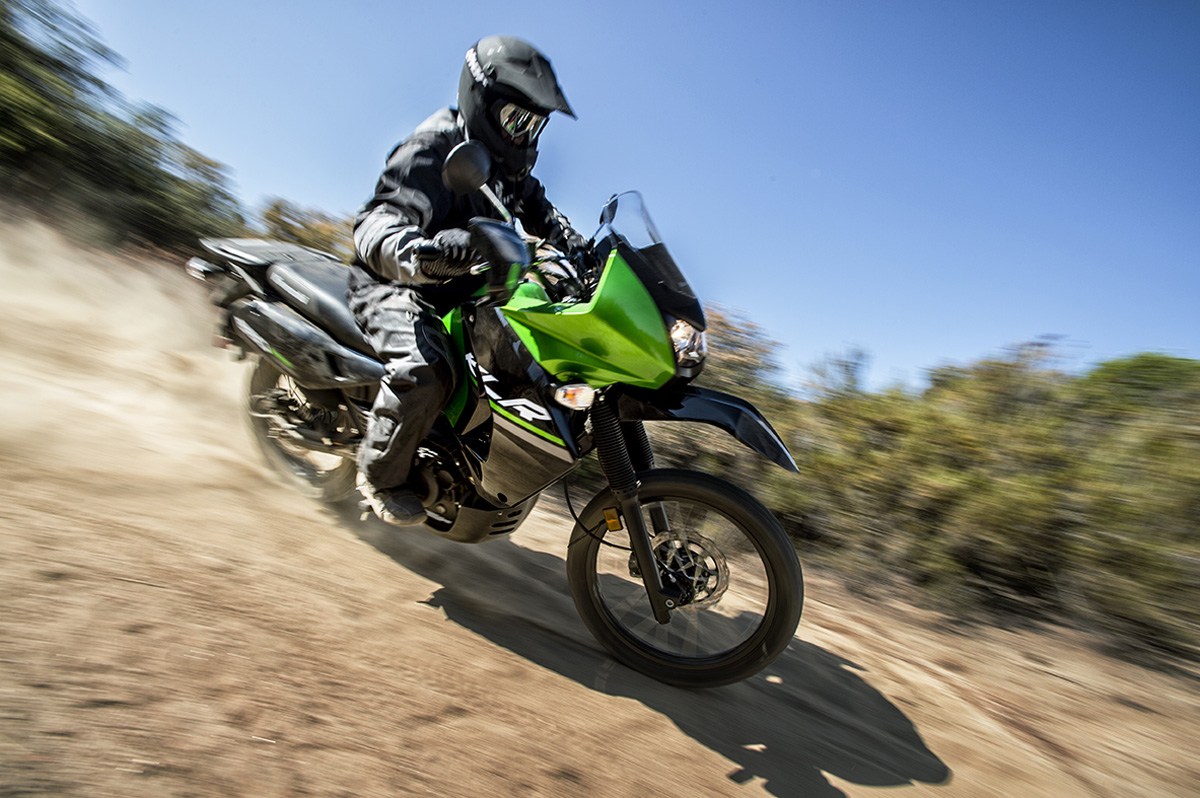 A few weeks ago, I attended the Touratech Adventure Rally West — just me, my bike, and 972 friends.

The point I’m failing to reach here is that even a thousand unacquainted motorcyclists, introverted or not, still share an easy opening gambit:

I met a married couple from San Diego that way, a friendly gang of Argentinian ex-pats, and two friends from Idaho, Lee and Curt, who had ridden together through the Bitterroot Ranges to Plain, Washington to attend the rally.

And they handed me a beer and said: “So…what’cha riding, Kevin?”

Since Husqvarna motorcycles have never achieved any kind of mainstream prominence in North America, my bike is kind of a curiosity to other riders.

So I say, “Husqvarna TE610,” and the guys are vaguely curious. And, because I know this game, I say, “What’cha riding?”

Now, I’m sorry Curt, but I don’t recall your precise answer. I know it was a big BMW GS – but the models just seem to breed like fruit flies, and all those numbers – 1150, 1200, 800 – look: I’m just not good with numbers. But it was big and Bavarian and really sweet.

Then I turn to Lee. This is like a religious ritual. “What’cha riding?”

And I do remember Lee’s answer. Precisely.

He responded, “Just a KLR.”

And, honestly, I felt gut-punched.

I’m no zealous devotee of the slightly pot-bellied Kawasaki KLR, mostly because I’m not a zealous devotee of any bike. I once owned a KLR, and it reliably transported me on more than 40,000 kilometres of adventures. Many of those kilometres traversed places I was informed the KiLLeR could never manage. And we managed swimmingly, thank you very much.

I’d own a KLR again: it’s a great bike, because, well…because it’s a bike. Motorcycles open a world of adventure, and the best motorcycle is the one that’s hauling your city-weary ass out into the forest or desert right now.

Also, KLRs are comparatively cheap. Like borscht. Like dirt. (I like dirt.) And I like spending money – so long as the quantities of money I’m spending are somewhere in the general neighbourhood of zero.

But here’s the thing, the gut-punch thing. Lee said, “Just a KLR,” because someone else said something like, “KLR? Pfftt!”

(Pfftt, in this case, being my attempt to capture with the written word a particular verbal expression of disdain. Was that obvious?)

Probably many someones said that.

And now Lee, who has found the courage to embark on a new adventure, who has rediscovered a child-like spark of joy and freedom that I know will enrich his busy, responsible life as a working-class family man, feels like he’s outranked, a junior member of the boy’s club.

Because he made a sensible decision, spent less, and saved more for his family.

Because he realized the goal of riding is to have an adventure – not to buy one.

He gets it, you know? And, all too often, his reward is a “Pfftt!” from somebody with a fatter wallet and a fancier bike.

Maybe this unjust “Just,” like so many other unsettling experiences, is the wretched stepchild of manipulative marketing.

You see, any crowd of adventure motorcyclists, even a crowd of 972 of them, tips unmistakably toward a specific demographic: me.

Okay, that’s not actually me.

What I mean is: middle aged, middle class, white male.

And that’s a demographic with dollars. Marketers love us: prime earning years, empty-nesters trying to recapture a piece of our youth. So they sell us the narrative that, yes indeed, we can reclaim that feeling – for a price.

The Honda Africa Twin, for example, has the traction control, ABS and 100 finely-tuned horsepower that any 56 year-old, life insurance broker running-to-paunch clearly must have. It’s only $16,000 – plus the usual taxes, surcharges, destination fees, first-born child….

That’s not much to pay to feel young again, is it? To have an adventure? To escape the job, the city, the mortgage? After all, that German uber-bike would cost almost $7,000 more….

Then again, the KLR650 would cost well under half as much.

But have you seen the uber-bike? It’s just so — SO. I mean, I want one. I really want one.

And the embarrassing truth is, I want one because BMW not only does some nifty whiz-bang engineering; they do some phenomenal whiz-bang marketing.

If I spend more, I’ll upgrade my adventure, right?

I don’t think so.

To a point, it’s true: the cheapest hardware isn’t usually the most reliable. And I need a reliable, capable bike and some adequate gear to tackle a multi-day ride in the Great Basin Desert.

But adventure doesn’t spring fully-formed from your wallet like Athena, freed from Zeus’ forehead by Hephaestus’ axe. That sounds ridiculous, doesn’t it? The ancient Greeks, eh? – progenitors of western society. Weird bunch.

It’s equally weird to think that he who buys the most expensive has the best experience. ‘Cause sometimes he’s just the best consumer.

And then there’s Serge’s slug.

By way of some oddly twisted progression of thoughts, all this cogitating reminded me of my friend Serge.

We were hiking together recently (probably because, for some inscrutable reason, he’s failed to come to his senses and buy an adventure motorcycle), when I learned of an odd ritual Serge acts out.

Each time he spotted a banana slug, he would bend down, gently lift the slimy wee beastie, and deposit him or her in the undergrowth at the trail’s margin, safe from the stomping treads of hikers.

His little ritual – bend, lift, save – made me realize something: in a world of ubiquitous human meddling, slugs die because they’re slow and unassuming.

But being slow is what a slug is supposed to be; there’s nothing wrong with being unassuming. It shouldn’t be a death sentence to be who you are.

My point – insubstantial though you may perceive it to be – is that slugs and KLRs are just fine the way they are. They’re not the fastest; they’re not the prettiest. But that doesn’t make them junior members of the “fauna club” or the adventure rally. Their value is inherent, intrinsic. They fit in; they have a role.

And so does Lee. So do introverted writer-types plopped down in a carnival of 1,000 motorcyclists.

Am I reaching here? Yeah.

But it seems to me there’s a genuine connection.

Why should Lee feel compelled to add that “Just,” just because he spent less money than Curt, or me? Why should a slug suffer just because it’s slow?

We’re all on our own adventure, regardless of how much we spend or what qualities we embody.

Lee is trying something new and bold. The banana slug embraces his glacial pace.

Read my report on the Touratech Adventure Rally West in the upcoming August issue of Canadian Biker Magazine.