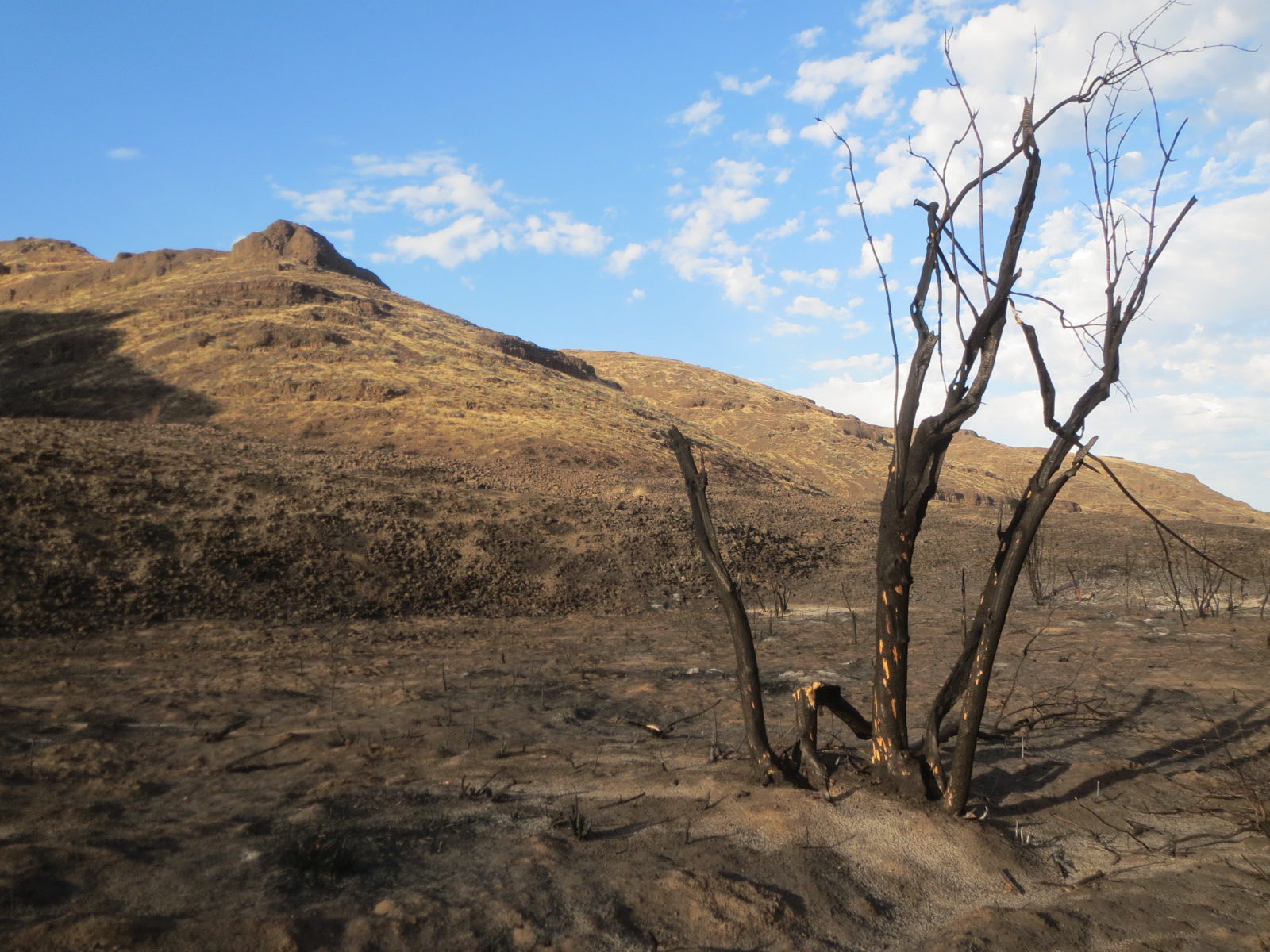 This story originally appeared in the January / February 2017 issue of Canadian Biker magazine.

I insisted; she refused. Marriage: what are you gonna do?

It took a day to reach Ellensburg, Washington, locate a motorcycle shop to retrieve the bike, diagnose and change a broken spark plug lead and intake valve clearances out of spec. A day of vacation lost, yes, but now I was ready to ride again.

Hop on the Husky. Still. Would. Not. Start.

Resigned, I left the bike at the shop and trudged to the Greyhound station. One ticket to Vancouver, please.

A week later, I got the call: the bike was fixed. Turns out, we had actually diagnosed the problems correctly. But, try as she might, Francine couldn’t start after our repairs because I might have neglected to adjust the manual decompression cable that was holding open an exhaust valve. Although nobody has yet proven that to my satisfaction.

Could I have a Corona, please? The family size.

Now that a week of holidays had been sacrificed to my ineptitude, I loaded me and my frustration back on a Greyhound heading south from Vancouver and spent six hours sitting next to a guy drinking a family-sized Corona through a straw. Believe me, I was happy to arrive in Ellensburg.

I retrieved the Husky, with its handlebar-mounted GPS, and began planning a route for the remaining week of my vacation. I had originally intended to ride 200 kilometres east of here, in the Nez Perce-Clearwater National Forests, but now that was too far to be feasible in the week I had left. It also meant I hadn’t loaded any maps for this area of Washington on my GPS.

I remained undeterred – uninformed would, admittedly, be a more accurate description – and turned off the pavement onto an overgrown track that looked promising, heading for the nearest empty-looking region on the entirely inadequate Washington state highway map I had just purchased at a gas station.

An hour later, I was forced to admit my plan might suffer some not insignificant flaws, as I was now riding through a forest fire.

I had unwittingly ridden into the destruction of the catastrophic 33,000 hectare Colockum Tarps Fire of 2013.

Squinting through acrid smoke, I was soon lost in a labyrinth of ridges and canyons lit by flickering flames. Dismissing the obvious strategy – Just stop, you moron! – I rode through the murk until I regained enough sense to become acutely anxious about my dwindling fuel supply. Thankfully, I had stumbled across the Columbia River and found a spot to set up camp. It was clearly not a good idea to continue riding.

Naturally the next morning I continued riding. I did ponder the idea of retracing my route but, of course, dismissed that thought as spineless and unworthy. But the GPS – its memory card positively bursting with detailed maps of riding areas far beyond the hazy eastern horizon – displayed nothing but my location marker and track. I was a triangle trailing a pink line across grey emptiness. I looked up from the screen; grey, smoky emptiness swallowed the trail up ahead, too. So I guess everything must be fine then….

I forged ahead, focusing on the tiny arrow that was me, moving across the blankness of the tiny screen of the useless GPS – including when I should have been focusing instead on the old mining road cutting across the hillside I was traversing. So, at a barely discernible curve, I launched the Husky off the mining road and onto the rocky slope below.

I’m not sure what it actually means when people say someone was “knocked out.”

I suppose it could be the disorienting loss of a period of time – seconds, minutes? – or the peculiar displaced feeling of abruptly discovering you are situated somewhere which you don’t recall having any role in your plans whatsoever. As I say, I’m not sure. I am quite positive, though, that such an experience always concludes with a demonstration of the kind of language a person used to pick up on the docks and on whaling ships and today learns on the Internet.

Favoring my left ankle, and, actually, most of that leg, along with sundry other joints, I haltingly improvised repairs. Then I restarted the bike and cajoled it back to the road, uncertain about the implications of the pool of coolant left behind on the rocks. That uncertainty about the damage I may have done to a radiator morphed into an entirely unwelcome certainty as a sizable cloud of steam erupted from under the Husky’s fuel tank. I had been creeping slowly along the path – because, you might recall, I was operating on the fumes that had been the only thing remaining in my fuel tank since the night before – and I had just overwhelmed the limits of a damaged cooling system in the balmy 40o C temperatures of an August day on an arid plateau during a forest fire.

Not lacking a sense of irony, Francine followed the steam with a sputtering from her fuel pump.

We were now out of gas.

I pushed the bike under some scorched pine trees and broke out the magic. You know: JB Weld, hose clamps and zip-ties. I prepared to conduct marginally more thorough repairs to the damaged radiator. The heat was overwhelming, even in the broken shade the trees offered now that the sky was clearing and the sun was vengeful. So I stripped to my…well, let’s just say I stripped, and began disassembling the Husqvarna. That’s when the hornet stung me on the…right there. Sensitive location. Insert euphemism here. You know what I’m talking about, right? And you know that old saying, “They won’t bother you, if you don’t bother them”? Yeah, I used to believe that one, too.

Eventually, repairs were complete. I set up camp in an early-evening twilight of dissipating smoke and settled in for a sweltering night, giving the metal epoxy time to metamorphose into unbreakable steel, because somebody told me it would do that if I used the stuff correctly and deserved good karma and loved children and small animals.

Morning arrived, and I consulted my crisp new state map, using it to accurately pinpoint my location: yep, I was definitely in Washington. Reassured, I strode off down a rocky trail heading north, and, I hoped, towards a town. Or a gas station. Or a place that wasn’t on fire. Remembering vividly the aftermath of tangling with ill-behaved hornets while naked, I was sensibly clad in a protective bathing suit and flip-flops.

An hour later, just as my footwear was beginning to disintegrate on the jagged rocks of the trail, I saw a 4×4 bouncing its way toward me from the crest of a still-smouldering hillside. The truck pulled up and the driver rolled down his window. I could feel the icy wonderful air conditioning.

Peering at me dubiously, he demanded, “You got a weapon? Two people been attacked by cougars right here.”

“Yeah,” said his passenger, “I figure you look just like a cougar’s lunch.”

Of course I do.

They drove me back to the Husqvarna, and, yes, the air conditioning was wonderful. Then, longing for a step ladder, I attempted to deploy my emergency siphon, cleverly included in my minimal kit. Predictably, the hose was too short to span from the tank of the lifted 4×4 to my bike; it slipped and pumped a litre or two into my eyes. But it pumped a few litres into the Husky as well, and once Francine started, the radiator repair held. I emptied my remaining two bottles of drinking water into the rad, and I was back on the trail and out of the fire.

And you know how that saying goes….

I figured the frying pan was probably just biding its time as I rode through eastern Washington’s desert plateaus, making my way back to British Columbia; I anticipated the arrival of that old skillet each night as I camped under smoky skies and contemplated hazy sunsets.

It had been a titanium intake valve worn well beyond its best-before date that had caused the original valve clearance issues more than a week ago. Now, several days after I escaped the fire, that slowly deteriorating valve finally meant I couldn’t keep the Husky running. I had tools and spare valve shims, but even the slimmest of those would no longer allow the thinning valve to close fully. Frying pan.

Don’t try this at home: the Husqvarna factory wouldn’t approve.

Once again I camped and readied my tools: Vice Grips, feeler gauges, valve shims…a large rock, a handful of sand…. With Francine’s fuel tank set aside, I removed the valve cover, water pump, and rocker retainer, so I could extract the offending shim, only twice dropping it perilously close to the black depths of the timing-chain journal.

And then I spent four hours in the oppressive heat you can only find in the middle of nowhere, grinding a nine millimetre-diameter valve shim on a sand-sprinkled rock. Since I was out of water, the sweat of my brow obligingly mixed with the sand, adding to the abrasive slurry. And more of that Internet language was heard that day in the forest. Talk about abrasive….

Plainly, it was time to head home. Before I ran into bad luck.